Please wait while we process your order...

There was a problem with your order. 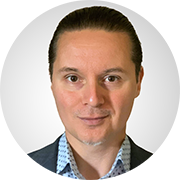 Gerardo has been successfully trading junior resource stocks for over a decade and has been issuing buy and sell alerts to a paying group of followers for half that time.

The real-time trade alerts he issues in Junior Resource Trader mirror the personal trades he’s making using the process he’s developed during his years as a professional trader.

You’ll get up to five trade alerts each month, each capable of delivering five- or six-figure returns.

This is the same proven system Gerardo has used to harness gains in the sector up to:

You don’t need to be a mining industry insider or an expert trader. Gerardo has done all the research and he’s confident in each trade because it reflects what he’s doing with his own capital.

He “eats his own cooking” as he likes to say.

His system eliminates thousands of junior gold stocks immediately, so he’s only choosing from a small group of them that are poised for rapid gains. It’s how he creates and compounds wealth for himself and subscribers — trade after trade.

You can expect several alerts per month. And all new trade alerts contain:

We completely guarantee your satisfaction. Every new member has six full months to try the service and all the profit opportunities it delivers. During that time we offer a 100% refund — no questions asked.

Here’s what people are saying about Gerardo’s publications:

The results have been amazing since using your publications. My portfolio has risen to a rapidly advancing $110,000!

This is truly a dream unfolding. Thank you for your publications based on hard work, and something that today is hard to find... your HONESTY and INTEGRITY. THANKS!! —Donald S.

The price to receive Junior Resource Trader is $1,999 per year by completing the form below.

When you subscribe to Junior Resource Trader with your credit card, you will be billed at today’s low rate. Every year on your order anniversary we will automatically bill your card for the lowest rate we offer to continue your subscription. This way you enjoy today’s low rate for an entire year while ensuring you never miss an issue. Automatic billing does not obligate you in any way. You may opt out any time.