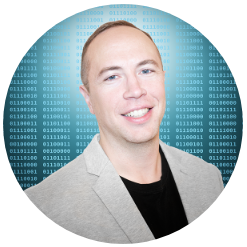 Chris Curl was born at the forefront of the millennial generation in Leesburg, Virginia.

And while he’s remained on the forefront of many things — including the cryptocurrency market — his seek-the-opportunity approach to life has taken him well out of the DC suburbs.

Chris was into technology and gaming very early, working for an online gaming newsletter back in 1997 when he was 14. He filmed and edited movies in high school. And ultimately went on to serve Netflix in its very early days.

But he never lost the gaming itch. And he knows it from both the user and hardware side. Chris has built and refurbished several custom retro arcade gaming units. He’s also into import cars. He can hold a conversation with top Porsche owners — though he hasn’t owned one in a long time. Or he can replace the throttle position sensor on his own Mercedes.

Now based in the Inland Pacific Northwest, Chris was able to navigate the crypto cycle to make 60-75x his money on more than one coin. And he thinks higher prices are ahead for bitcoin and other cryptocurrencies in 2022.

Chris has had a ton of what he calls “Joe jobs ” — from working at Starbucks to delivering pizzas. But his mission is now clear: Make enough money with crypto to be financially independent.